Singer is one of the leading names in the sewing machine market. There’s no question as to why this is, as they are credited with sparking the sewing machine industry with their creation in 1851. They didn’t create the first sewing machine but had the technology and resources to mass-produce the devices, which paved the way for their success.

Singer is now part of a collection of companies that focus on general consumer products. Of course, their bread and butter is still producing the highest quality sewing machines.

Singer was first established in 1851 as I.M. Singer & Co. Isaac Merritt Singer created the company with the help of Edward Clark out of New York City. The company is and always has been about sewing machines. In 1963 the company made its final name change and became The Singer Company.

The company was always on the forefront of innovation in the sewing machine field. Singer was the first company to bring a practical sewing machine to the domestic market. They inevitably became the leading sewing machine company by 1860, less than a decade after the company’s founding.

Only a few short years after the company’s creation, their success allowed them to target international customers. They were even able to take home first prize in the 1855 Paris World Fair.In 1885, Singer showcased the first-ever electric sewing machine that would soon become the standard across the globe.

They started mass production of these machines in 1910 and dominated the market for years after that.In 1867, Singer began the process of moving much of their manufacturing to Scotland. The UK market was booming, and they saw the opportunity to make more money with a factory in Kilbowie, Clydebank.

The facility wasn’t completed until 1882, but it went on to become the largest sewing machine plant in the world. Eventually, in 1958, Singer moved 40% of its American production to the Clydebank factory. At this time, Singer was the top sewing machine company on the planet.

Singer has been around for longer than any modern sewing machine companies, so they’ve had a bunch of flagship products over the years. Now, there are a few newer top-sellers added to the list, but some of their classic models still receive quite a bit of positive attention. Here are some of the most popular Singer machines the company has released:

As you can see, there are a variety of options from which to choose. Each model has a specified use that will fit almost any sewing need. There are a few more options, but these have been the most popular in the past.

The Featherweight (similar to the 2259), which is one of the newest options from Singer, is one of the only genuinely portable sewing machine available. Other machines claim to be portable, but the Featherweight lives up to its name by being only 15 pounds. It’s compact and easy to store, but still as durable as any machine you’ll find.

The Confidence is a versatile model with the newest release being the 7640. With this product, you can easily quilt, sew buttons, and anything else for which you’d use a domestic sewing machine.

If you’re looking for a more professional sewing machine, a good Singer option is the Heavy Duty. The most popular models in my opinion are the 4423, 4432 and 4411. These machines live up to their name, as they’re able to pierce tough fabric with ease. The motors in these machines are far stronger than most, and at 1,100 stitches a minute it’ll be hard to find one much faster.

Singer has been in the sewing machine game for longer than anyone, so they know their way around the market. They’ve been in this business for over 100 years, and have been on the forefront of innovation the whole time.

Singer is one of the most recognizable brands in sewing machines, and that should account for something. You can find a Singer machine almost anywhere. Many retailers carry a long list of their products, and places like Walmart usually has a few from which you can choose – such as the popular Singer Start 1304. Their prices are reasonable when compared to other machines in the same category, and their durability is unmatched.

In fact, durability is one of the main selling-points when it comes to Singer sewing machines. In the era where people expect to replace a cell phone every two years, Singer machines are lasting long past when people expect them to fail.  I’ve had my Singer 9960 Quantum for several years now and still love it every time I use it.

Singer has been creating lasting products since they’ve been in business. You won’t have to look far to find decades-old Singer machines that are working as well as they were the first day they were purchased.

Most of the sewing machines from Singer have received positive reviews from the web. User reviews, which are generally the most trustworthy, sit around 4-5 stars on e-commerce websites for most products. Professional reviewers tend to be equally as kind, with most of the Singer products scoring highly on trusted sites. In face the 14CG754 ProFinish was one of the highest scoring sergers I researched.  These match with the general customer consensus, with most products sitting in the 4-5 star range.Here is what people are saying about two popular Singer sewing machines:

The 3232 Simple is an old-fashioned machine, which some people prefer over the new digital setups. Using a foot pedal can be easier, especially for beginners, and there are no troubleshooting problems on the digital side.

Reviewers seem to recommend this machine to beginning sewers because it’s easy to use and quick to figure out. It’s durable, as most Singer machines are, and people seem to think they got their money’s worth with their purchase.

As far as negatives, it’s not as heavy-duty as some of the other options. Reviewers recommend this model for newcomers to sewing, but a more beefed-up machine would work better for most advanced sewers.

It’s comparable to the 7258, but less complicated to use which many people like.

The 4423 Heavy Duty is one of the more popular Swinger products. It’s another that isn’t necessarily for advanced sewers, but most of Singer’s most popular products are targeted for everyday use.

Users seem to agree that the Heavy Duty is reliable and mainly durable. It services the needs of beginners with the speed that will delight experienced sewers. It blasts through tough materials which gives this product a ton of versatility.

One piece of advice that some of the reviews offer is that those who purchase this product read the instructions and look online for assistance. It can be confusing and frustrating to get going, but once you get the hang of the Heavy Duty, all signs point to this being another fantastic machine from Singer.

There aren’t too many negatives things to say about Singer sewing machines. They’re durable and cost-effective, which is what most people look for in any brand. They have a varied selection and can compete with most of the others in the space.

One of the more recent drawbacks Singer faces is competition in the market. There are tons of other brands to choose from, so Singer has fallen into the background in some respects. Although Singer remains one of the more recognizable companies to make sewing machines, several options can come close regarding durability and affordability.

There is still a considerable amount of options in Singer products, but some of the other major brands have more. Many of the newer Singer models are just reworks of past products. These have a few updated features, but it’s rare to see Singer release an entirely new model to their collection.

Another place where Singer lags is in the high-end market. A lot of their competitors have more selection for those looking to add an official touch to their domestic sewing machine than Singer does. There are still a few you can select, but if you want to compare multiple models, Singer may fall a bit short here.

Singer is one of the first companies that comes to mind when you think of sewing machines. They’ve been doing it longer than anyone, so that’s no surprise. The company has a decent variety that covers a broad spectrum of needs, (like the kid friendly 1304) and their products last longer than many users expect nowadays.

The only drawbacks are more brand-specific than item-specific. They have more competition and don’t fare as well when it comes to variety in high-end sewing equipment. The products are well-reviewed by users, with a few exceptions when it comes to specific models. It’s hard to do much better than Singer when it comes to sewing machines. The brand is established, trusted, and continuously on the cutting-edge of new sewing machine technology. 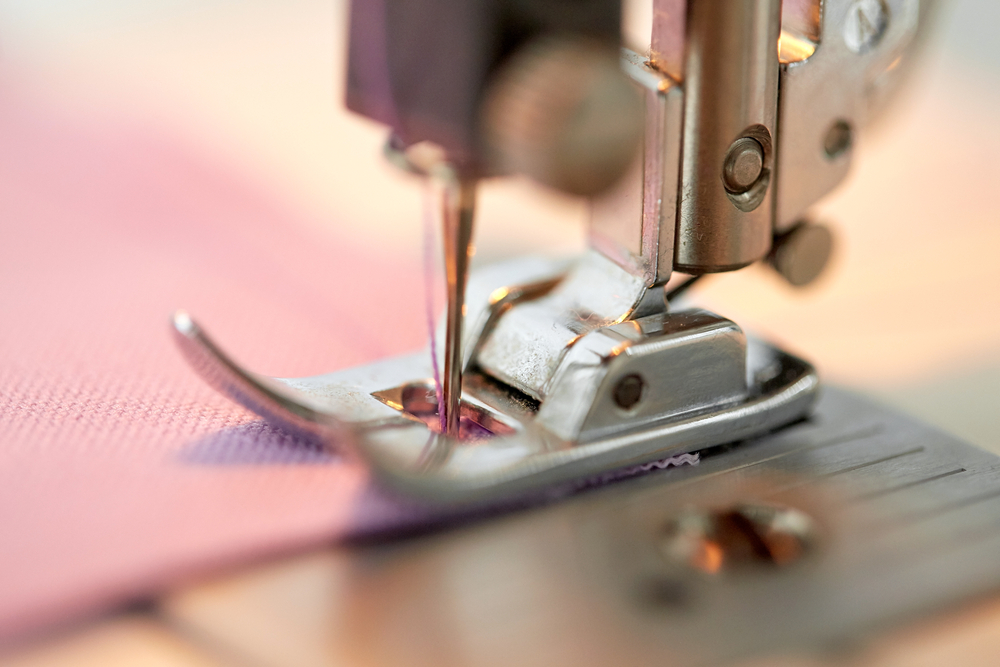 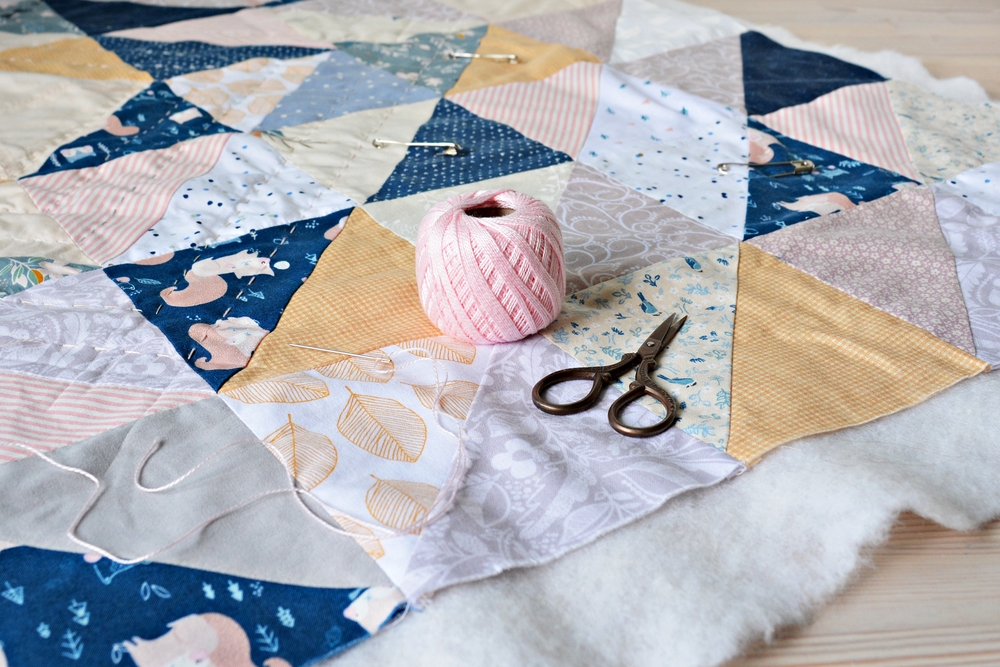